The waiting game continues for Honda/Acura’s NSX successor, but now we at least have some official data to chew on as the Japanese automaker has revealed the 2017 model year sports car’s performance figures. The production NSX was revealed back in January at the Detroit Motor Show before the brand announced it would be delayed to go on sale in the spring of next year, instead of the fall. 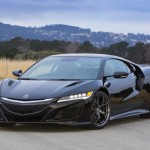 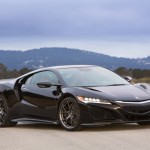 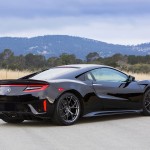 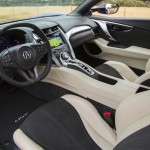 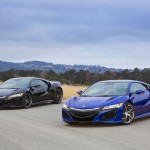 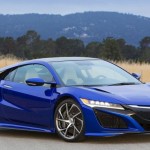 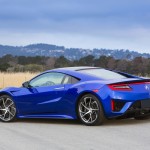 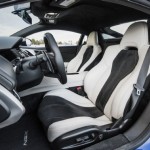 Honda cited engineering difficulties as the cause of the delay, but whenever it does go on sale, it will boast more power than originally anticipated. A mid-mounted 3.5-liter twin-turbocharged V6 will make 500 horsepower and 406 pound-feet of torque, while a rear-mounted electric motor and two front-mounted motors will add a combined 73 hp and 70 lb-ft of torque to the mix. Also out back will be a new dual-clutch nine-speed gearbox. To help with weight balance, the NSX’s battery pack is nestled between the engine and the seats. With a total of 573 hp and 476 lb-ft of torque at its disposal, the second-generation NSX will get to 60 mph in about 3.0 seconds and will roll on to a top speed of 191 mph. Due to its hybrid, multi-motor setup, the NSX won’t be a lightweight, tipping the scales at 3,803 pounds. One of the NSX’s chief rivals, the Audi R8 V10, weighs 210 pounds less with similar output. Weight isn’t everything, though, and Acura’s proven Super Handling All-Wheel Drive (SH-AWD) system will almost certainly convert the NSX’s mass into a corner-carving dream. Pricing is a mystery at this point, but since the NSX will be competing in a supercar league of performance machines, it’s estimated to start at $170,000 before tacking on things like a carbon fiber roof, engine cover, and rear spoiler, or technology goodies. Honda is hoping its halo car’s handsome design, sophisticated powertrain, and elite all-wheel drive system will lure buyers who might otherwise be eying Porsche’s 911 Turbo, Audi’s R8 V10, BMW’s i8, or the upcoming Jaguar F-Type SVR.