Just in time for Coachella 2016, a look back at Kaskade’s incredible 2015 set. What made this set so incredible, outside of Kaskade’s performance, was that he performed in front of the biggest crowd in the history of Coachella. See for yourself, you’ll be blown away by the airel shots of the crowd, absolutely amazing!!! […]

Just in time for Ultra Music Festival, Armada Music has finally released the official Juicy M & Jimmy Clash – Rowcraft music video, featuring Miss Palmer. Fans have been anticipating it’s release since the release of the song last year. Juicy M has been on a whirlwind high since becoming part of the Armada Music […]

Martin Garrix played a killer 90-minute set at Hungary’s Sziget Festival which includes one of his most sought after unreleased tunes, his ‘Dancefair ID’ (skip to 19:30). 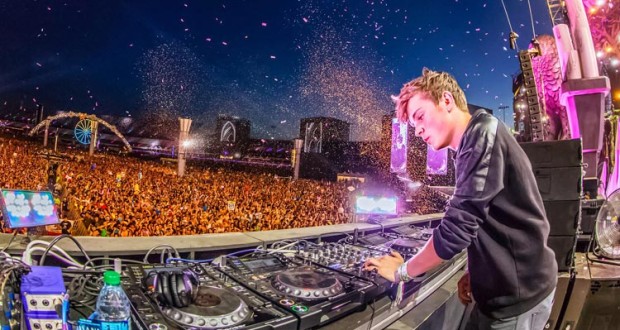 Martin has added numerous chart topping tracks to his arsenal and is now playing longer sets that feature mostly his material. But, it was not too long ago that young Martin Garrix was on the record saying he preferred playing 1 hour sets, explaining that anything longer than that might be too much for him. Oh, how 2 years can change things.

Martin remains in the conversation as a possible new number 1. While many people disagree that he has reached the levels of Armin van Buuren or Hardwell, a set like this does demonstrate just how many huge tracks he has under his belt and how much energy he can get from his crowds. If you’re still not a believer, check out the full video below and maybe Martin will win you over.

Electro music taken to new dimensions with this uplifting piece of work. Dry beats get blended with some strong melodic progressions, while vocal samples fill in the blanks -it simply works like a charm! Tiger is exactly where electro music is today, fresh and innnovative while keeping the original energy. BIG!

Marta Martus (born May 24, 1991), better known as Juicy M or DJ Juicy M, is a Ukrainian electro and progressive house DJ and producer from Kiev. She is best known for her videos on YouTube mixing with four CDJ players without using headphones. Juicy M placed among the Top 100 DJs on the Planet […]