Want to get your hands on an Aston Martin Vulcan? Good luck: the manufacturer is only building 24 of them, and each carries a price tag of over $2 million. But if you’re willing to shell out, there’s one for sale in Cleveland. 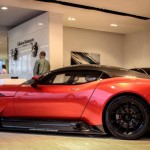 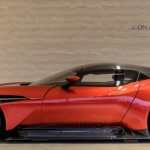 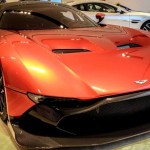 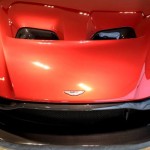 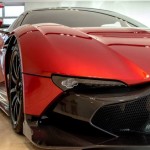 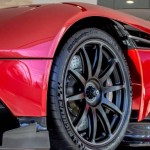 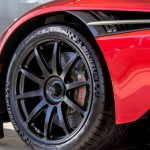 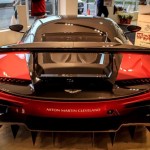 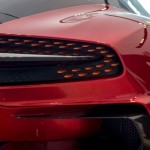 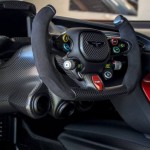 This Fiamma Red example listed for sale on the duPont Registry is described as the first Vulcan in the United States. It bears the VIN AMLVULCANXXXXXX07, indicating that this is the seventh of those two dozen examples to be made. And it can be yours for the small matter of $3.4 million, which is one heck of a markup on a vehicle that’s already enormously expensive.

The Vulcan, for those unfamiliar, is the supercar that Aston Martin built specifically for use on the track. That puts it in the same league as the McLaren P1 GTR and Ferrari FXX K. The Vulcan features an old-school naturally aspirated 7.0-liter V12 rated at over 800 horsepower – mounted up front but entirely behind the axle. It’s built around a carbon-fiber tub that’s even stronger and lighter than the one at the center of the One-77. And that aero kit derived from Aston’s GT3 racer will generate as much as 3,000 pounds of downforce at top speed.

The Aston is also more rare than its counterparts, of which McLaren will build 35 and Ferrari fewer than 40. That’s rather rare company indeed, in which the Vulcan looks poised to be the rarest. So if you want to gain admission into the club, it won’t come cheap.