The Bugatti Chiron (the successor to the Bugatti Veyron) hasn’t even been announced as a production car yet, but it looks like if you have enough money, Bugatti won’t exactly say no. According to TMZ Sports on their report earlier this week, the pound for pound champ went on a little shopping spree that included getting his boys down at Fusion Luxury Motors to pull a couple of strings for him. That favor was to get on the shortlist for a 2017 Bugatti Chiron when it makes it’s official debut. That debut is rumored to be during the 2016 Geneva Motor show in March. Floyd Mayweather, in addition to owning other fine exotic vehicles, is also the owner of three Bugatti Veyrons. Needless to say, he isn’t exactly a stranger to the brand. Mayweather’s recently been in the news for purchasing a Koenigsegg CCXR Trevita. He paid $4.8 million for that Swedish supercar. When it you add it all up, it wasn’t a question if it’s possible for Mayweather to buy a Chiron, but a matter of time. 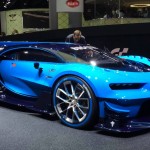 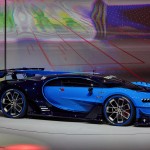 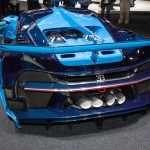