Seven point four million dollars. $7.4 million. No matter how you spell it out, it appears that’s the extravagant going-rate for an ultra-rare Lamborghini Veneno Roadster on the used marketplace.

Posted on mobile.de, the seller’s ad clears up a few details about the racy Lamborghini, but leaves us with more questions than answers. According to the posting, this Veneno Roadster is the last example to be produced and is being sold through Berlin’s high-end Golden Tower Real Estate and Luxury GmbH, which gives it a bit of credibility. 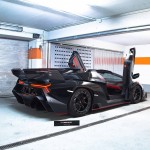 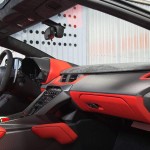 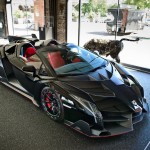 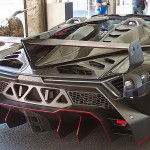 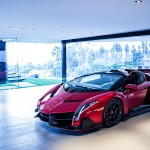 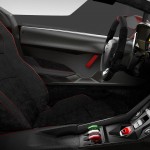 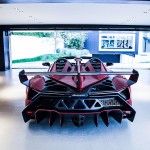 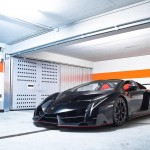 However, the posting provides no official pictures of the actual car for sale, rather just images of a display model at an auto show, nor the vehicle’s current mileage. But we’d expect, as with many of these limited-run raging bulls, actual mileage will most likely remain a scant three or four digits.  The Aventador-based Veneno Roadster sports Lamborghini’s 6.5-liter V12, which whacks air and fuel together to conjure up 750-horsepower and a top-speed of 221 mph. With literally zero roof at all.  Mind you, Lamborghini priced the niche supercar, of which only nine models have been produced, at an already unattainable $4.5 million when new. Not a bad appreciation for less than a year’s age.