The Lamborghini Gallardo Spyder was – in sales numbers at least – the most successful convertible model Sant’Agata has ever built. Tonight, we get to see the car that takes its place. Please be upstanding for the new Huracán Spyder, here making its debut at the Frankfurt Motor Show. We’ll give you a moment to take in the cool, sharp silhouette of your new bedroom-wall hero. 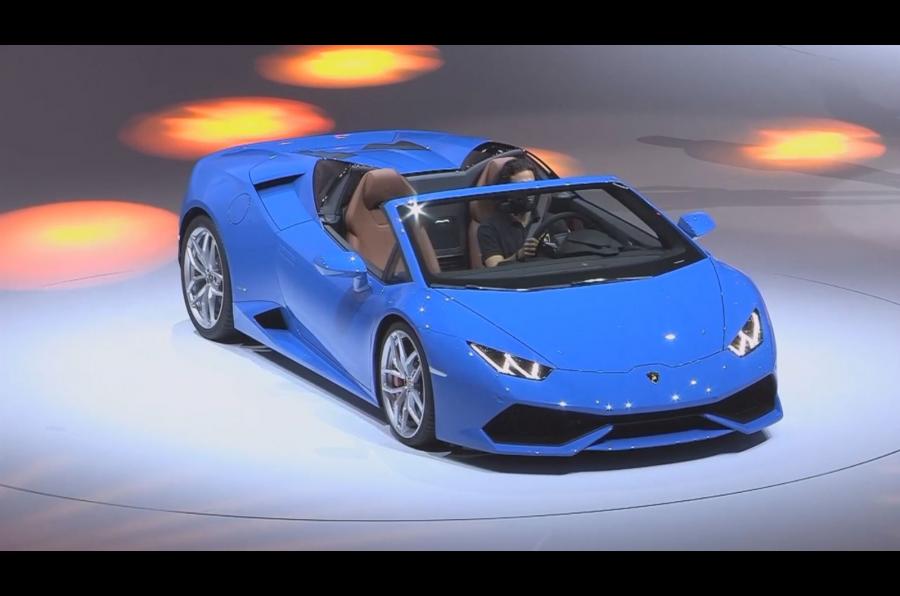 We’ll come back to the technical information in a moment, because a Spyder – especially a Lamborghini Spyder – is all about noise and theatre. As such, the roof opens and closes using an electrohydraulic setup in just 17 seconds, and at speeds of up to 31mph. It’s available in black, brown or red. There’s also a rear window – like the Aventador Roadster – that can be opened or closed in both roof positions. You’ll want this open as much as possible. Roof down, you’ll spot a new pair of movable fins at the rear that start on the seatbacks and continue along the roofline, complete with an integrated duct.

Elsewhere, the Huracán Coupe’s essential DNA is all present and correct: a new aluminium and carbon fibre chassis which it (sort of) shares with the new Audi R8, one that’s 40 per cent stiffer than that of the Gallardo Spyder. Then there’s that naturally-aspirated 5.2-litre V10, packing 602bhp and 413lb ft, along with such eco-niceties as cylinder-on-demand and stop-start technologies. The whole car weighs 1,542kg – versus 1,422kg for the Coupe – and it’ll manage 0-62mph in 3.4 seconds (3.2s for the Coupe), 0-124mph in 10.2 seconds and rock onto a 201mph top speed. Not shabby. That engine is hooked up to a seven-speed dual-clutch gearbox, many performance modes, carbon ceramic brakes, the option of dynamic steer, and all the interior trappings we’ve come to expect from the littlest Lambo.

UK pricing has yet to be confirmed, but expect a small bump over the Coupe’s £180k tag. It’s certainly going up against some mighty company: can the screaming Lambo stick it to the Audi R8 Spyder, Ferrari 488 GTB Spider, McLaren 650S Spider and the rest? 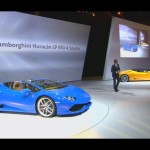 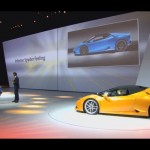 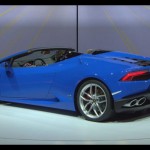