Bugatti has been hush-hush about the development of their new hyper car since confirming it was in the works June 27, but the United Kingdom’s Car Magazine has peeled back a layer of secrecy and found out the highly anticipated details. 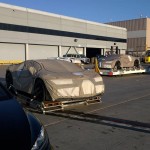 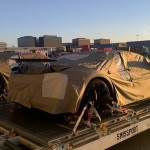 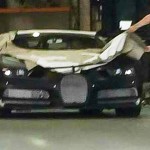 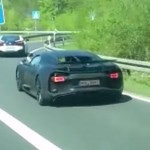 The Veyron has evolved into the Chiron, and as Car reported Aug. 30, the world will first see it at the 2016 Geneva International Motor Show, set for March 3-13. But for an elite group of Bugatti clients, it’s already been seen, and deposits have already been made – despite the reported price.

“The Chiron, which is being prepared for it’s debut at the Geneva Motor Show in March 2016, will cost $2.5 million USD at launch for a base-spec model, according to our sources,” Car reported. Of course, with numbers like the ones predicted, it’s not hard to understand why.

Though the idea of a 14-cylinder engine was thought about, the Chiron will be powered by a quad turbo 8.0-liter W16 capable of creating a projected 1,480 bhp and 1,106 lb-ft of torque. Top speed claim is 288 mph. Be prepared to hit 60 mph from a standstill faster than you can take a breath – only 2.2 seconds.

Car Magazine also reported that only 500 examples will be built, each showing off a stunning restyle of the Veyron.