Floyd Mayweather has reportedly has added a $4.8 million Koenigsegg CCXR Trevita to his garage. According to TMZ Sports, Mayweather has been looking for an upgrade to his Enzo that he recently sold for $3.8 million. A source told TMZ that Floyd’s car guy, Obi Okeke, who is not a Jedi Knight, has imported the Trevita to Okeke’s dealership in L.A. 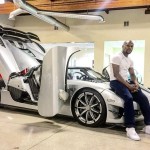 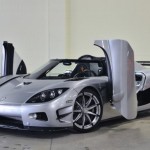 What makes this purchase interesting is that many folks would be quick to dismiss Floyd’s car collection as predictable for someone with that much money, but the Konigsegg is something different. A predictable upgrade to an Enzo would be to get the most expensive Ferrari or Lambo. Mayweather could have easily landed a LaFerrari or Veneno. Unlike a Bugatti that every other ultra rich athlete, rock-star, hip-hop artist has in their driveway, a Konigsegg is a car you have to explain to people. I bet most of you know plenty of casual car people that could regurgitate the specs on a Veyron, but when asked about the Swedish supercar they would say something like, “Koni-what?” Maybe Floyd is buying the Trevita because it’s only one of three cars in the entire world; perhaps he wants it because it cost $4.8 million, and he is just looking to blow some of that huge payday from his fight with Pacquiao. Either way, Mayweather is definitely living the “RUF LYF”.