So the fastest Lamborghini reached the market? Good, I want one. That’s the way famed DJs around the planet keep it fresh these days, and there’s not much you can do about it. At 27, Nick Van de Wall, best known as Afrojack, recently added another monster horsepower machine to his fleet, and it was the other day he got the chance to present it to his fans. 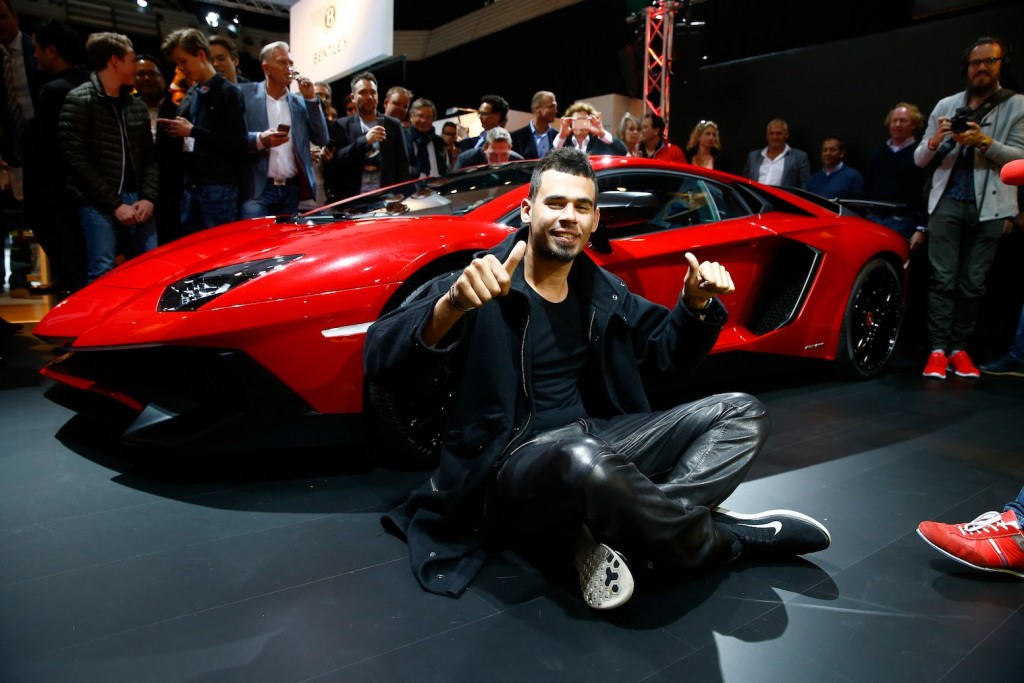 The exciting world of opulent supercars takes us to The Netherlands this time, where Van de Wall recently showcased the Lamborghini Aventador LP750-4 Superveloce. He did it for two reasons. Firstly because he also bought one, and secondly because he was one of the stars invited at this year’s Amsterdam International Motor Show (AutoRAI).

The automotive event started on April 17 and runs through April 26, so in case you’re visiting the Dutch administrative capital of the country you might want to pass by. Since Afrojack is both a celebrity and a sportscar enthusiast, he was the perfect choice for the event.

What we are eager to find out has something to do with the DJ’s lifestyle, since we all know that he loves to take supercars to the limit.

Take last year’s viral video of him hitting the 200 mph mark in a Bugatti Veyron just for fun. Then, two years ago, he lost his driver’s license after pushing the pedal to the metal in his murdered-out Lamborghini Aventador.

In fact, we’re quite sure there’s going to be some proper action soon to emerge now that the Dutch DJ is the fresh owner of Lamborghini’s fastest breed. How fast? Well, the Superveloce lost 50 kilograms (110 lbs) off its waist and instead received an impressive 50 horsepower out of the atmospheric 6.5-liter V12. The total has now reached the impressive 750 hp mark.