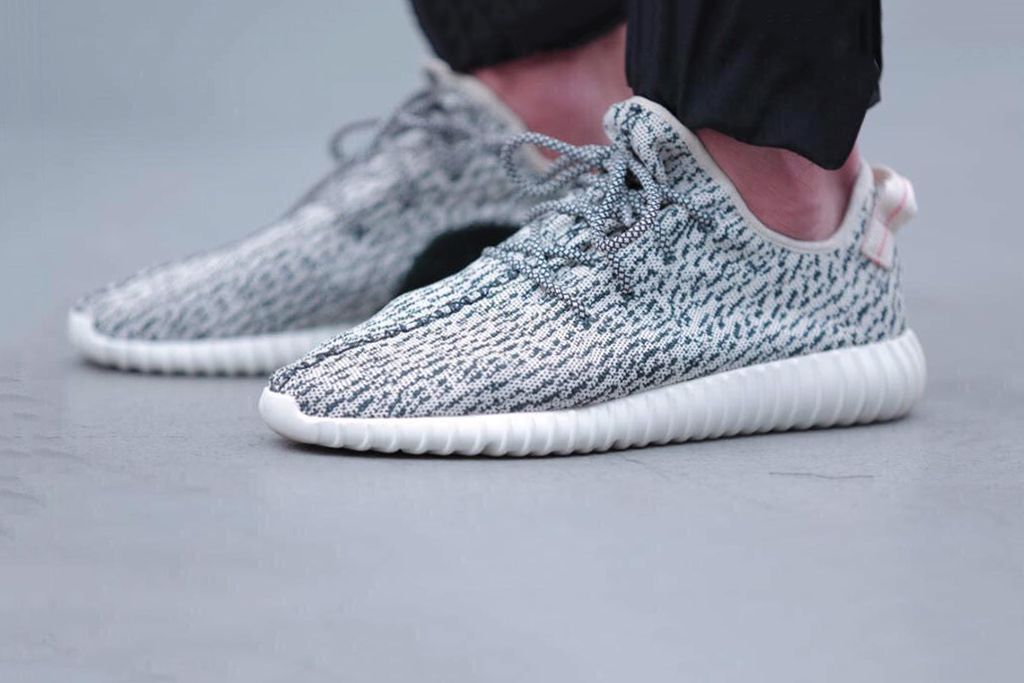 Kanye West’s Yeezy Sneakers: Would You Pay $10,000 For The Sold-Out Shoes?

Would you buy a pair of Kanye West Yeezy Boost 350 sneakers for $10,000? After the rapper’s collection with Adidas sold out in just 15 minutes on Saturday, June 27, the athletic shoes are now being sold on Ebay for $10,000. We’re not joking!

Kanye West, 38, should be proud! While many doubted his merge into fashion, he trusted in his vision and it’s paying off big time. With his worldwide shoe launch on June 27, the singer’s sneakers sold out in record time. And fans rushed online to share their thoughts on the madness! Find out what all of Kanye’s fans are saying about the shoes.

Many fans jumped online to share their thoughts on Kanye’s new shoe line (see the tweets below), and Kim Kardashian, 34, also chimed in. “So happy I ran back inside to grab these! Lifesaver on these long flights! Most comfy shoes in the world! Yeezy Boosts 350,” Kim wrote on an Instagram post last week, which was an image of her husband’s new line of shoes. Before his shoe line, he introduced his Yeezy 750 Boost line at New York Fashion Week in February. With the success of that, the shoe line followed, proving Kanye knows what’s up in the fashion department.