Ever seen Steve Jobs Mega Yacht “VENUS”? Now you can! We were out filming in Simpson Bay at St Maarten, Caribbean the other day and came across “VENUS” sitting proudly at anchor, just getting ready to head to sea! We filmed several yachts, including the 157ft SuperYacht “C2”, owned by Ronald Perelman. Billionaire investor and philanthropist with holdings in Revlon Group of womens cosmetics, and AM General which is the company known for the Hummer and Humvee utility vehicles.

At 82m in length, “VENUS” was the direct brain child of the late Steve Jobs, CEO of Apple for many years. Jointly designed with Philippe Starck, the yacht elegantly boasts pure simplicity in line with Steve Job’s desire to design private, quiet places that provided the Zen like atmosphere that he preferred. 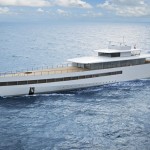 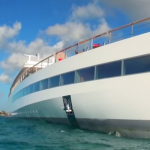 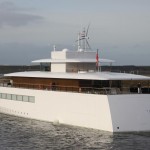 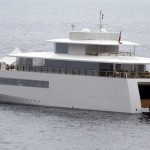 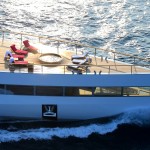 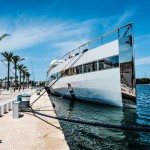 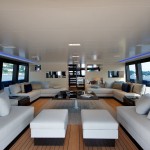 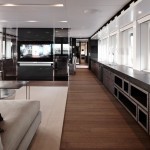 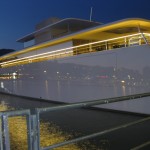 Steve was once quoted as saying, “I’ve tried to be inspired by the Asian idea that emptiness is more important than fullness”… Hence the famous transparent chair he designed in 1998 called “The Marie” that he believed to be an “almost perfect object”, just as his idea to bring “VENUS” to life as the Elegance of Minimal.

Unfortunately, Steve Jobs passed away before ever getting to see his final masterpiece come to life, but the family brought the project to completion and now “VENUS” roams the Earth in Steve’s memory with a fixed crew of 22 onboard.